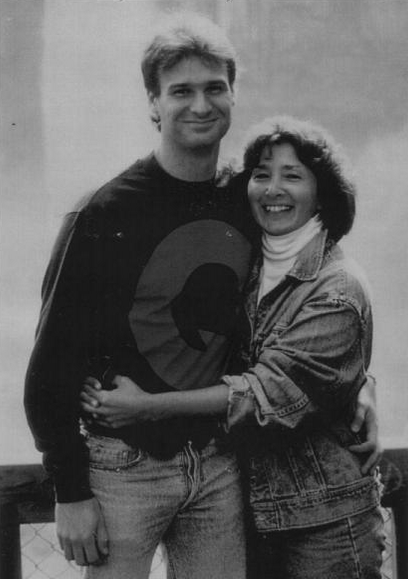 On Sunday, June 28, New York City will celebrate Gay Pride with a parade that honors the 1969 Stonewall riots during which a group of members of the LGBT community, including some very flamboyant “queens,” resisted arrest, harassment and extortion by the New York City police. Today the humongous parades, held in many cities across the United States, are made up of floats and contingents from many organizations, including “straight” ones.

It was not always so. In 1972, when these parades were still controversial, one of the most remarkable participants was Jeanne Manford, who elected to march with her gay son. Her courage inspired so many mothers to side with their gay children that Jeanne founded PFLAG (Parents and Friends of Lesbians and Gays), an organization that has ever since helped parents to cope with and navigate what can be a controversial subject.

Many mothers did not need an organization to help them support their children. Frank Donnelly, a psychotherapist whose clients included many gay people, felt that many mothers both overtly and covertly provided their gay children with strength and extra love when their children discovered that their sexual orientation differed from the majority.

During the late 1980s I met Rhea Cohen, who went to bat for her son Adam on three different occasions. Listening to her stories demonstrates how far we have come in surmounting various prejudices.

Rhea was born in Brooklyn in 1941. After high school she moved to Los Angeles and fell in love with Carlos (not his real name), an Italian aspiring actor. “After more than a year of relative bliss we had a terrible fight and broke up,” Rhea recalled during a recent interview. “I returned to my parents in New York. Once back home I discovered that I was pregnant. I called Carlos, who said that he would come east and marry me. I bought a lovely, sedate, wedding dress, and expected that things would be all right. Carlos, however, could not go through with the wedding and an abortion was not an option.” For respectable girls, sex outside marriage was still a no-no. So Rhea was not surprised that her parents could not cope with an out-of-wedlock grandchild. “I too felt that my baby would have a better life with a ‘regular family,'” Rhea said. “So I contacted Louise Wise, New York’s premier Jewish adoption agency.”

“I continued my job as a secretary, but eventually I moved to a home for unwed mothers on Staten Island. My baby was born on August 30, 1962 at Staten Island General Hospital. He was 21 inches tall, weighed 7.3 ounces, and looked like a little string bean. He was so fragile!”

“My father came to see me in the hospital and we both cried. I signed temporary adoption papers and after a few days returned to my parents’ home.”

The agency had promised that the baby was to leave immediately for a good foster home on Long Island. Fate would have it that a week later Rhea returned to the hospital to visit a friend from the unwed mothers’ home, who had given birth. To her surprise her baby was still in his hospital crib at Staten Island General Hospital. “I flew into a rage, screaming that the organization had lied to me,” Rhea recalled. “I declared that I wanted to keep him, and after some red tape he was again mine.”

“My parents too had changed their minds, though it would take my mom three months to look at Adam, her grandson. But my father loved him and so did my own grandmother. My nuclear and extended family and the neighbors rallied. My uncle, a salesman for Hanes, brought me a layette, my cousin provided a crib and a baby carriage, and a neighbor became a voluntary babysitter. My parents’ three-bedroom flat accommodated four generations: one bedroom for my grandma, born in Europe, one for my parents, and the third for Adam and me. In many ways these close family ties were wonderful and nourishing. Later, when Adam was grown, he kept saying: ‘I can’t imagine that I would have lived without knowing you, Grandma and Grandpa.”

It worked out well. Rhea worked, and went to school. She always made close friends and there were always neighbors to help with Adam. From early on, he always was self-sufficient. “I needed him to be independent,” Rhea said. “We were both growing up.” Like his mother, Adam was a pied piper. People loved him and he always assumed a leadership role.

Rhea’s social circle was very cosmopolitan, and included both straight and gay people. Being gay was quite normal. Adam, however, was a bit confused about his own orientation, because he liked both girls and boys. At the time there were few out bisexuals, and his school friends teased him about his ambivalence.

Adam wanted to be an actor. He earned money by modeling, having small acting gigs and waiting tables. At twenty he moved to California, where he felt that he had a better chance to succeed. He also hoped to meet his father, but the reunion never came, even though Carlos had signed paternity papers.

After the AIDS virus infected Adam he ignored it as long as he could, even though he had severe symptoms. In 1988 Rhea visited him in Los Angeles. When she saw how sick he was, she convinced him to return with her to Brooklyn.

Rhea was about to fight her biggest battle. Adam’s illness progressed rapidly. In spite of being ill, he obtained a degree in film from NYU. When it emerged during the early 1980s, AIDS caused a hysteria that equaled or surpassed the panic during the recent Ebola crisis. AIDS patients and their families were shunned, though the disease, which is strictly transmitted by body fluids (mainly semen and blood), is not infectious by casual contact. Many, many parents abandoned their stricken sons. A handful of mothers formed ‘The Mothers’ Group’ to help each other and their children (see: The Mothers’ Group: Of Love, Loss and AIDS, by Suzanne Loebl). Rhea joined the group in 1989 and Adam became a beloved ad hoc member. While at NYU he choose to make a film about the group.

Adam’s disease grew worse, but with his mother’s help he explored every available, if ineffectual, cure. He and Rhea often spoke about his not-too-distant death! Adam continued his active lifestyle as long as he could. In 1993 he and Rhea traveled to Hawaii, where he wanted to meet his namesake, “Little Adam,” and choose a place to have his ashes scattered. Adam died on March 15, 1993.

He had been unable to finish his film. After his death, his mother and Blanche Mednick, another “single” mother of the group who had bonded with Rhea, finished it. It took them a whole year, but now Tuesday Night (so-called because the Mothers’ Group met on that evening), is a lasting testimonial to Adam, Blanche, Rhea and all the mothers who not only accepted their children’s sexual orientation, but also supported them during their then-fatal illness.

Adam became a symbol of those who battled AIDS when it was fatal. NYU created a film award in his memory and the Edward R. Murrow High School in Brooklyn, from which he graduated in 1981, affixed his name to a seat in its theater. For several years the high school invited Rhea on World AIDS Day. The school also treasures its copy of Adam’s film, a testimonial of the courage, pain and effort it took for the gay community to come out of the shadows.

After Adam’s death it took Rhea years to comprehend her loss. She did become bolder and less fearful because the most terrible thing that could have happened to her actually did happen. Adam had left her strong. Her magic personality and charm did not let her down. New and old friends rallied. The bonds with her partner and her nephew strengthened. She is a comfort to anyone in need, an advocate for the gay community, an advisor to parents of newly emerging gay children, and she is a pleasure to be with. If Adam were here, he would be proud of his mother.

Part of the mission of this blog is to be a question and answer forum. If you have any questions for Suzanne Loebl please go to the 'Contact Me' page and ask! Name not required.

Follow The Gay World as Navigated by a Straight Mom on WordPress.com

Branching: Thoughts of An Ever-Curious Author

A romp through art shows, books, restaurants and everyday happenings as viewed by a prize-winning author.

A love story about a mother and her son: Inspiring, powerful, and comforting.

Diary and story of a teenager surviving the Holocaust in Nazi-occupied Belgium.

The Rockefellers: Facts and novel tales about this first family’s founding of, and gifts to, 27 museums and other institutions.

A blog, forum and platform for parents and family of gay children of all ages.

Part of the mission of this blog is to be a question and answer forum. If you have any questions for Suzanne Loebl, please go to the 'Contact Me' page and ask! Name is NOT required.