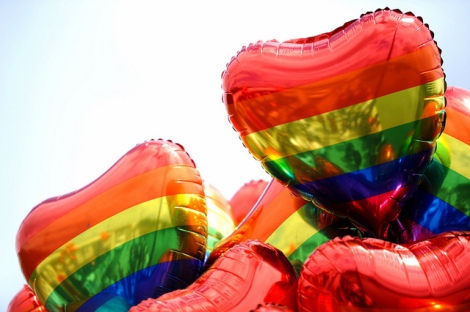 Four years ago Amanda* met Julie at a club in San Francisco. It was love at first sight, though they were both cautious and went through a formal “Let’s see if you are as great as I think” dating process. The two were clearly meant for each other, even though they came from very different backgrounds. Julie’s ultra-liberal Jewish family embraced Amanda with open arms, but Amanda felt that her religious Christian family would reject Julie.

Amanda is her immigrant family’s pride and joy. After high school she garnered a prestigious four-year all-inclusive scholarship to an Ivy League college. After graduation she has worked for glamorous U.S. print publications. Like America’s late, beloved Gwen Ifill, Amanda has been an inspiration to budding young journalists who are underrepresented in the media. Amanda’s parents expected their daughter to come home with a male Prince Charming, especially since they are deeply religious and their evangelical faith is strongly opposed to same-sex relationships.

For three years, Amanda, who is very closely bonded to her mother Ana, hid her deepening love affair. Some of Amanda’s siblings knew and even met Julie.

Eventually Amanda shared the fact that she was gay with Ana. As expected, the latter invoked the Church and its threat of hell and eternal damnation. Ana even refused to look at Julie’s photograph because “she was afraid that she would like her.” However, she quizzed her other children about Julie and her family. Eventually Ana invited Amanda and Julie for a meal at her home. From their common love for Amanda to Julie’s appreciation for Ana’s delicious cooking, the two women bonded.

That, however, left Daniel, Amanda’s divorced father, an even firmer believer in the wrath of God. He had been a very strict father, forbidding his daughters to wear pants to school. Another year passed and Amanda finally wrote him a loving letter informing him of her commitment to Julie. Provided that he promised not to yell, Amanda offered to discuss the matter with him when “he was ready.” To her surprise Daniel answered immediately. “I am a different man now. I am sad about your news, but love you very much and am proud.” This holiday both Daniel and Julie attended a large family holiday party. They met and hit it off. Julie spoke to Daniel in Spanish. When she admired Daniel’s bracelet, he took it off and gave it to her.

It was a wonderful end to a story that could have torn good people apart.

PFLAG offers meetings and resources for family members of LGBTQ people, including materials in Spanish and resources specifically for people of faith.

*Names and identifying details have been changed.

Part of the mission of this blog is to be a question and answer forum. If you have any questions for Suzanne Loebl please go to the 'Contact Me' page and ask! Name not required.

Follow The Gay World as Navigated by a Straight Mom on WordPress.com

Branching: Thoughts of An Ever-Curious Author

A romp through art shows, books, restaurants and everyday happenings as viewed by a prize-winning author.

A love story about a mother and her son: Inspiring, powerful, and comforting.

Diary and story of a teenager surviving the Holocaust in Nazi-occupied Belgium.

The Rockefellers: Facts and novel tales about this first family’s founding of, and gifts to, 27 museums and other institutions.

A blog, forum and platform for parents and family of gay children of all ages.

Part of the mission of this blog is to be a question and answer forum. If you have any questions for Suzanne Loebl, please go to the 'Contact Me' page and ask! Name is NOT required.